For years, 1,500 families who live on about 30 miles of private roads have been meeting with city officials to discuss why the roads are not part of Orinda’s maintenance program. It’s a complex juggernaut the city hopes to begin to unravel at an Aug. 27 public workshop.
“I want a lot of people to show up who live on both private and public roads,” says City Councilmember Dennis Fay, a transportation engineer. “We need to discuss different situations and find out why some people want their private road to become public. There are so many dimensions to this problem, and we need an open exchange of ideas and opinions.”
To help with that open exchange, Fay and City Manager Steve Salomon have chosen James Bourgart to facilitate the workshop. Bourgart has more than 40 years of government and public policy experience with an emphasis on transportation and environmental issues. He formerly served as California’s deputy secretary for transportation and infrastructure.
“I hope the real facts come out at the workshop,” says Steve Cohn, a private road resident who has studied the issue for many years. “When the CIOC (Citizens Infrastructure Oversight Committee) first talked about raising money for street repair, they told us to wait until after the half-cent sales tax passed. That happened in 2012, and we were told to wait again. Now, we have almost all of the public residential streets repaired and we’re still waiting.”
The issue of private versus public road maintenance didn’t surface until funds from the 2012 half-cent sales tax (Measure L) and from a 2014 $20 million road and storm drain repair bond (Measure J) as well as a $25 million bond in 2016 allowed Orinda to begin repairs on residential streets.
Prior to that time, the city used its meager budget and various grants to maintain arterial and collector roads. The lack of repair to residential roads had Orinda listed among the bottom five cities in the Bay Area in 2017 and earned Orinda a spot in the California Alliance for Jobs “Bad Roads Tour 2015” (http://bit.ly/2M7z2pJ).
“The result of those special taxes made the 1,500 families living on private streets (20 percent of the city) aware that they were paying for a service they were not receiving. And the cost is not insignificant,” says Cohn. “We pay these taxes, which amount to almost $600 per year, as well as an average of $400 per household to maintain our private roads. It seems a bit unfair.”
Cohn acknowledges the city is in a tough spot with 93 miles of roads to maintain without an adequate budget. “Why would they want 30 more miles of private roads? But there are several options that could be considered including one where the roads stay private, and we continue to assume liability, but the city helps out with a reasonable dollar amount for maintenance.”
Cohn says that of the 30 miles, five are new (Wilder and Orinda Grove) with another six miles well-maintained by homeowner associations. Of the remaining 19 miles, Cohn notes only around five are below the city’s standards for residential streets.
“Both Vice Mayor Darlene Gee and I feel very strongly that the city should provide a forum for residents on the question of private roads,” says Fay. “It’s a very complex issue how one road was designated private and another public, all of which happened very long ago. The city can’t afford to finance all of the roads in Orinda, but we might be able to do something, make some accommodations.”
According to Fay, by the end of this construction season, all of Orinda’s public residential roads will have been repaired, moving the city from among the bottom five to the upper 20 percent.
The workshop takes place 6:30 p.m. to 10:30 p.m. at the Orinda Community Center’s Founders Auditorium, 28 Orinda Way. For more information, go to www.cityoforinda.org. For additional information on private streets, go to www.orindaroadfacts.info. 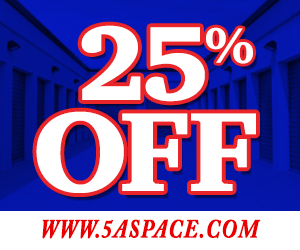 Catching up With District 16 Assemblywoman Bauer-Kahan