In response to warnings from the White House to Contra Costa County Health Services, Orindans hunkered down as part of a Bay Area shelter in place order declared March 16.
All city meetings, school classes and public events were canceled as residents took measures to protect themselves against the coronavirus.
The Orinda Union School District Board of Trustees voted March 13 to cancel classes and all events through March 27. Spring Break is scheduled for March 30 to April 3.
The district said it had developed an online learning platform for teachers to use, allowing learning to take place from home.
Previously in a message to parents, Superintendent Carolyn Seaton posted that all school events involving more than 50 people would be canceled at least through March 27, including assemblies, field trips, dances, concerts and after-school sports.
Before canceling all meetings, the City Council initially had encouraged people to livestream its regularly scheduled March 17 meeting, view the agenda online, and email questions/comments ahead of time. For those attending, the city planned to space people apart and move people if necessary to an overflow room.
Seniors Around Town, the volunteer program that provides free rides to local seniors, sprung to action. On March 13 SAT launched two programs: One to deliver goods to seniors and the other to check in on them by phone.
SAT Program Coordinator Cathy Goshorn said 19 SAT volunteers immediately agreed to participate, reaching out to 24 seniors.
One group was set up to go shopping, run critical errands and drop off goods at the doorsteps of seniors’ homes. Another was set up to call seniors, see how they are doing and offer reassurance “just to have some connections,” Goshorn said.
Goshorn said the mood among clients was generally positive and appreciative. “We see the need, and know we are only able to do this because of our volunteers and their willingness to jump in,” she said.
Like the rest of the Bay Area, Orinda became a virtual ghost town with activities coming to a halt.
The Orinda Association and the Orinda Community Foundation postponed the Citizen of the Year and the William Penn Mott Jr. Environmental Award dinner scheduled for March 22. A new date has not been set but organizers are considering sometime later this year.
The same was true for the Annual Wildlife and Olive Festival that had been planned for April 18.
“The well-being of everyone in our community is of paramount importance, and we will reschedule the festival as soon as we are able to,” posted Friends of Wagner Ranch Nature Area on their web site.
The Three-Quarter Century Club canceled its May 20 event.
At first, in response to a call for social distancing, the Orinda Theatre reduced by 50 percent the number of tickets that would be sold to allow for an empty seat between patrons. But following the shelter in place recommendation, theatre officials decided to close until at least April 7.
The theatre also postponed its March 15 Live at the Orinda performance of Natalie Douglas as well as Chris Mann’s performance on April 5, promising to honor tickets when concerts are rescheduled.
With the constantly changing situation surrounding the virus, people are encouraged to check web sites or call organizers to confirm events.. 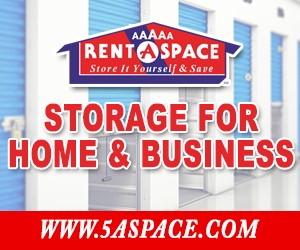 Anything Goes On Stage At Miramonte This Month

Anything Goes On Stage At Miramonte This Month