The Orinda Starlight Village Players (OrSVP) start their 37th season with Agatha Christie’s Towards Zero, directed by Amy Cook, followed by George Bernard Shaw’s Pygmalion directed by Suzan Lorraine and finish the season with Malcolm Cowler’s adaptation of L. Frank Baum’s The Marvelous Land of Oz.
Toward Zero is a thriller focused around a house party at Gull’s Point, the seaside home of Lady Tressilian. Party-goer Neville Strange is caught between his ex-wife and new flame and all are overshadowed by a brutal and savage murder. Performances run Fridays and Saturdays, June 5 through July 4 with one Sunday performance June 28 and a Thursday performance July 2.
Shaw’s Pygmalion is the classic tale of two linguists, Professor Higgins and Colonel Pickering, who place a bet on whether Higgins can transform a cockney flower seller into a proper English woman within six months. Lorraine is best known for directing Agatha Christie plays at OrSVP in recent years and this year she is breaking away from mysteries. Performances run Fridays and Saturdays, July 24 through Aug. 15, with a matinee Aug. 9 and a Thursday performance Aug. 13.
The season finishes with L. Frank Baum’s The Marvelous Land of Oz, which takes us back to Oz. Not long after Dorothy returns to Kansas from Oz, a young boy named Tip is unhappily being raised by the wicked sorceress Mombi in the Land of the Gillikans.
Tip escapes from Mombi after creating Jack Pumpkinhead with a magic Powder of Life stolen from the sorceress. They go to the Emerald City, now ruled by the Scarecrow, but an army of girls capture the city. The Scarecrow, Tip, Jack and other oddball characters flee the city and head west to the land of the Winkies, now ruled by the Scarecrow’s old friend the Tinman. Together, they must recapture the Emerald City and defeat Mombi.
Cowler is a familiar face for OrSVP audiences, having been involved with more than 35 productions. Performances are Friday and Saturday nights Sept. 11 through Oct. 3, with matinees Sept. 20 and 27, and a Thursday performance Oct. 1.
Auditions for Toward Zero are 4 p.m. Auditions are 4 p.m. March 29 at the Community Center Park Amphitheater.
This all-volunteer group has been presenting live theater in Orinda for more than 30 years and are always looking for new volunteers, both on and off stage. Anyone interested in any aspect of theater may contact the group at www.orsvp.org or call 925-528-9225. 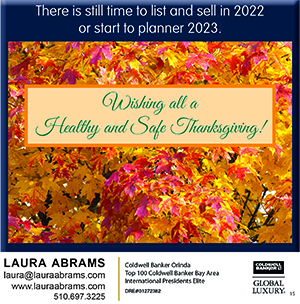