For the first time in its history, Orinda won’t see its traditional Fourth of July celebrations. The popular parade is canceled, community gatherings are disallowed, and picnics and barbecues will be delegated to backyards.
With Gov. Newsom banning mass gatherings until August, local July Fourth organizers are ramping up efforts to keep the day’s spirit alive in Orinda and bring the community together while staying apart. They have a plan. Or two. Or three.
Ideas range from whimsical to outlandish and the whole spectrum in-between.
Families or individuals could decorate vehicles, honk their horns and wave U.S. flags while wending along designated routes throughout the community. Marching bands could be replaced with a super sound system, loaded into the trunk of a car, blasting patriotic music as part of the auto brigade.
Want some noise? The Orinda Association’s Fourth of July committee is kicking around the idea of shooting off a canon to get the celebrations started. It’s not likely to happen, however. Fire trucks and/or police cars could let their sirens blare, announcing the brigade, trailing behind.
Committee members also are working with the city to have the familiar banners and U.S. flags adorn major streets by mid-June.
“The goal of the 2020 Orinda Fourth of July celebration is to have something which unites the city through shared celebrations and experiences while keeping our citizens safe, ‘together/apart,’” said Diane Lautz, committee co-chair.
Contest ideas are aplenty. There could be awards, ribbons or recognition for the best decorations. Start small with a mailbox in time for Flag Day, June 14. Then ramp it up to the house, yard, car, costume or pet. The more categories, the merrier.
Performance videos could be posted online for everyone to share. Line dancing to YMCA, perhaps?
Synchronization is not just for swimming. At 10 a.m., Orindans may link to a video of past parades on YouTube. Then auto brigades would depart from the Bart parking lot at 10:30 a.m., one group heading north and the other south. Signs would be placed along the designated routes several days in advance.
People could park along the route or watch from their driveways, wearing red, white and blue and holding signs to honor local heroes.
The committee, at a recent virtual brainstorming session, imagined an “Orinda Celebrates” at noon to honor the city’s 35th birthday while commemorating the nation’s independence. Everyone would be encouraged to beat a drum, honk a horn, bang on pots and pans. Church bells would ring and sirens blare. Sound the canon!
Quiet would resume at 12:05 p.m., just in time to light the coals at 12:15 p.m. for a stay-at-home community barbecue, together/apart.
Details are being fleshed out and will be posted at online media sites and www.OrindaAssociation.org. 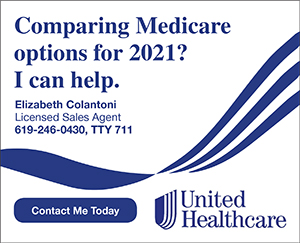