As we enter fire season, you may be thinking of powerlines dangling over your street near swaying trees and wondering if there’s anything you can do about that risk. Larry Theis, director of public works and engineering services for Orinda, speaks to the possibilities of “undergrounding wires” while also presenting possibilities and concerns about doing so, tree trimming and other contingencies.
The case for “undergrounding” powerlines, along with other above-ground wires such as TV and telephone cables, has never been greater. Along with the usual aesthetic reasons for burying wires, which obstruct views, doing so would also seemingly be the best response to fire risk and power outages. With climate change, conditions are getting dryer and windier, causing the risks associated with above-ground powerlines to rise.
“When I started in 2013, wildfire concern was relatively low, and interest in undergrounding was primarily visual,” said Theis. “But in the last four years, especially since the Santa Rosa fire, the interest has become increasingly about safety.”
It is, however, incredibly expensive to bury utility lines entirely, since it requires digging up roads, trenching front yards and re-routing cable drops from household roofs to basements or garages not just for power but also for cable TV and telephone lines which share those poles.
Today, only about 10-15% of Orinda’s utility lines are underground, according to Theis, and most of those are in downtown Orinda and newer developments such as Wilder. The only Orinda undergrounding currently planned is a half-mile section of Camino Pablo between El Toyonal and Camino Sobronte, which will consume most of the city’s $2.6 million in available “credits’’ from PG&E for this project.
What about some easier options? First, remember it’s not the big “transmission” lines on pylons that you should worry about – they tend to be well managed and PG&E monitors them closely for vegetation incursion. Instead, it’s the “distribution” lines going from the substations through our streets to our houses that are more of a risk, in part because they’re closer to homes and are surrounded by more vegetation.
But, before you worry too much about that tree near a wire on your block, remember not all the wires coming off the poles are powerlines; the lower ones are probably Comcast or telephone wires, which do not present a fire risk. The electrical powerlines are just the top ones on the pole, and they’re the most important to remain clear of vegetation.
Although PG&E inspects some Orinda powerlines every year and has a responsibility to trim trees, even those on private property, as they threaten powerlines, crews don’t get to every street annually. Some roads can go three to five years without being inspected. So, if you see a tree encroaching on a powerline (remember, just the top wire is the powerline), you can call PG&E at 800.743.5000 to report it, or email Theis at ltheis@cityoforinda.org. He’ll advocate on your behalf to PG&E about the potential problem.
If you’re interested in having wires undergeround in your neighborhood, here is a two-step process that might be helpful:
First, get involved. Talk about this with your neighbors on Nextdoor or your local email lists. This summer will likely find Orinda facing high-wind fire alerts and even power outages. It’s a perfect time to think about whether your neighborhood is a good candidate to consider gaining significant safety advantages in addition to visual ones. Would enough neighbors benefit to make it worth doing? Would they be willing to help pick up the cost, even to the point of thousands of dollars per house?
Once you have some neighborhood consensus, get in touch with the City of Orinda. Although the City may not end up paying for what you would envision, it can help you get through any process involving PG&E. It could also help you obtain the necessary paperwork, including designating an undergrounding “district.” Again, email Theis, who can help you get started with such a process. 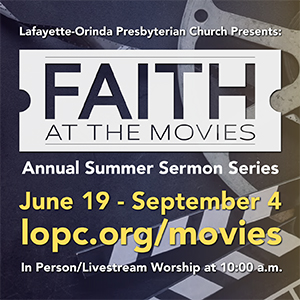 Fire Prevention: How Homeowners Need to Get Ready for MOFD Inspections