ONE STEP BACK or YOU NEVER FORGET YOUR FIRST

I remember from long ago the dread I felt as September approached. Like some harbinger of doom, the calendar would gleefully display the days of freedom left before I had to return to the ordinary Monday-through-Friday grind of lessons, stuffy classroom and enforced sociability.
It was not all bad, of course. There were bright spots. Ironically, it was at school – junior high, to be specific – that I first caught the cinema bug, and from then on, my outlook on life became viewed through a filmic lens. Immersed, it became impossible for me not to make some cinematic connection with real life. Such is it with this month as well.
As it has become woefully apparent, our way back to some semblance of normalcy has been slowed somewhat, meaning that the Orinda Theatre has had to curtail some of its special events, even though there are several “school” related films that would be a perfect for a retrospective or festival: Animal House, Back to School, Goodbye Mr. Chips (either version), and many others too numerous to mention. With that said though, I would like to call your attention to my favorite school film, Horse Feathers (1932).
This, also my first exposure to them, is the perfect Marx Brothers film. Of their first five films, this one, their fourth, is the most cohesive. It follows the usual zany pattern, but there are actual themes scattered throughout, not the least of which is the song (Everyone Says I Love You) that all four of the brothers (Yes, Zeppo is in this one, as the romantic lead no less!) perform.
It also displays Groucho’s talent with the guitar, something that faded somewhat when weighed against Harpo’s beautiful harp solo and Chico’s comical and rousing piano pieces. There is also a stronger narrative line throughout, making the whole thing seem less like a series of skits and more like a classic three-act story.
The film takes place at a fictional Huxley College, and the central story revolves, not around academia, but sports, namely the Huxley football team and the upcoming, all-important game. I’ll leave it to you to imagine all the ways the Brothers put their own anarchic spin on things, but suffice to say, you have never seen a football game like this. All in all, I can think of no better film to mark this month when school used to start and now locks students into an academic year.
Some surprises still surface from the Orinda Theatre, even in these times. On the fourth Saturday of every month, Derek Zemrak hosts The Chiller Diller Theatre. As its name suggests, it features a wide variety of films that, were you to look them up on Rotten Tomatoes, would rate somewhere in the lower register.
Indeed, August’s selection was The Green Slime which had the all too generous rating of 17%. This month’s “classic” will be Queen of Outer Space, staring Zsa Zsa Gabor, also with an RT rating of 17%! It will screen on Sept. 25 at 9:15 p.m. Check out the Orinda Theatre Facebook page for additional information.
Finally, we come to the International Film Showcase. It too is following the September school theme with an entry from China, Better Days. Compared to what many students go through educationally overseas, even those like me without the fondest school memories should count ourselves lucky.
In this film, the pressure not only to succeed, but to excel is drummed into everyone who goes to school, and so prevalent is this attitude that all other considerations, such as kindness, fairness and even humanity, are often exorcised.
Students themselves in the film can also be every bit as cruel. Such is it for Chen Nian (Dongyu Zhou), who has dreams of going to a good school and, if possible “protecting the world.” It soon becomes clear that she is the one in need of protection which comes in the unlikely form of a mysterious, thuggish fellow who takes it upon himself to watch over her, but to what end? And will it be enough? This film will premiere at the Orinda Theatre Sept. 17. For additional information, please go to internationalshowcase.org or orindamovies.com.
As the calendar unfolds gradually darker days, plenty of light can still be easily found if one knows where to look. That is why I always encourage you to look to those flickering images for that’s where the reel magic lies. 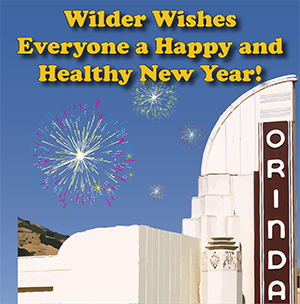