For as long as I can remember, September always had a pall cast over it since it was the month school officially started. I guess it is August now.
School was by no means all bad. Education is something to be proud of, and it did awaken in me the concept that there was much more to learn than what was being taught in school. It’s all very well and good to learn about people, places and dates, but when one takes the time to delve beneath the surface, one finds a wealth of ancillary information that is, oftentimes, more interesting than the initial lesson.
There are only two films to talk about this month. The first is The International Film Showcase’s presentation of The Good Boss. A Spanish company producing industrial scales in a provincial Spanish town awaits the imminent visit from a committee which holds its fate in their hands. Everything must be perfect when the time comes. Working against the clock, the company’s proprietor, Básculas Blanco, played by Javier Bardem, pulls out all the stops to address and resolve issues with his employees, crossing every imaginable line in the process.
The Good Boss plays daily at 1, 4 and 6:30 p.m. beginning Sept. 23.
The other film is one I’m happy to have an opportunity to delve into a bit deeper. It’s The Tingler (1959), starring Vincent Price. It is September’s offering at the Orinda Theatre as part of the Chiller Diller Theatre Series.
Made during a time when there was a collective paranoia wafting through the American landscape (The Cold War was still very much with us), it was also a time when schlock was king. American International Studios was still churning out cheesy horror and science fiction films Attack of the Giant Leeches, The Killer Shrews, and most notably, Little Shop of Horrors come immediately to mind.
The Tingler was released by Columbia Studios, but more importantly, its director is William Castle, who made a name for himself with another horror film, House on Haunted Hill.
The Tingler is about a scientist, played by Price, who comes to the spurious conclusion that fear is actually a parasite we’re all born with, and the only way to keep it at bay is to scream.
As ludicrous as it seems, when this film first came out, it had an extra element added to it in theaters that “enhanced” the viewing experience. Castle equipped certain theaters with a special device installed under some of the seats, which vibrated at specific times during the showing, causing audience members to scream.
Now, I can’t comment with any real certainty that Lord Blood-Rah won’t give you the same treatment as those around during the film’s initial run, but it doesn’t mean you still shouldn’t do your part to keep this parasite at bay. Scream away! The Tingler screens Sept. 11 at 9:30 p.m. For tickets, visit www.orindamovies.com.
So until next time, remember to always go towards those wonderful images of sound and light, for that’s where the reel magic lies.

Tom Westlake can be reached at poppinjay@earthlink.net. 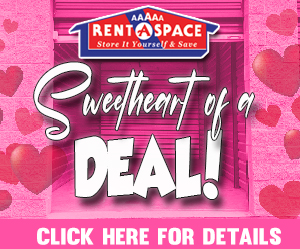 Advances in Technology Creates a Shortage of Qualified Technicians