The Orinda City Council, by a 5-0 vote on Tuesday, Oct. 16, approved Ordinance 18-11 that regulates storage of firearms in a residence. The new ordinance requires owners within the city’s jurisdiction to store firearms in a locked container or disabled with a safety device listed on the California Department of Justice’s roster of firearm safety devices when not in use or in their control. The ordinance, which was first introduced at the Council’s Oct. 2 meeting, will take effect Nov. 15.
Several California cities including Oakland, San Francisco and Los Angeles along with a myriad of other smaller municipalities have passed safe storage ordinances.
Orinda City Attorney Osa Wolff, at the Oct. 2 City Council Meeting, noted that Moraga’s recently approved ordinance of Feb. 28, 2018, which the Orinda ordinance mirrors, has not been challenged legally. She also considered arguments from a 2015 U.S. 9th Circuit Court of Appeals ruling on a lawsuit filed against San Francisco that upheld the city’s ordinance. Wolff noted that to her knowledge there was no legal challenge filed when Moraga adopted its ordinance, and she intentionally mirrored Moraga’s ordinance to Orinda’s newly adopted ordinance. Allison Anderman, a Moraga resident and lawyer with the Giffords Law Center, said the Center would be willing to help Orinda pro bono if legal action was taken against it.
Under the Orinda ordinance, a violation will result in a fine of $100, $250 and $500 for a first, second and third violation within a year.
The NRA-ILA (National Rifle Association – Institute for Legislative Action) website claims that the “NRA and CRPA reached out to the [Orinda] City Council to advise them of the legal pitfalls in implementing this type of ordinance.” The website promulgates the view “that these types of lock storage ordinances do little to protect the community, are completely unenforceable by law enforcement, and only render [a] law-abiding citizen helpless should a criminal come knocking on their [sic] door. Even with these facts, the city is being pressured by anti-gun groups to take action regardless of whether that action is effective or not.”
The vast majority of the speakers who appeared before the City Council at both the Oct. 2 and Oct. 16 meetings disagreed with this sentiment. Besides the opinion of elected officials themselves, Orindans in attendance spoke both to the emotional and practical. At the Oct. 2 meeting, Stacy Crinks, the Parent Ed chair at Miramonte High School, said, “It took about 15 years for all states to pass seatbelt laws because people said seatbelts would restrict personal freedom and it would be unenforceable, but today the CDC indicates that 15,000 lives are saved every year from seatbelts and car seats.”
Shannon Pedroni, in voicing support of the safe storage ordinance, proclaimed that “if one death or accident is prevented due to the ordinance, it will have been worth it.” She added, “Over 75 percent of guns used in suicide attempts and unintentional injuries of teens were stored in their residence or [that of] a friend. The risk increases in homes where guns are kept loaded and/or unlocked.”
A few speakers at the City Council meeting did voice reservations. Daniel De Busschere claimed that “anybody who owns them [firearms] knows they must handle them safely and keep them stored.” He did not believe enough research had been done about liability and financial risk (e.g., for legal costs) the city might face in adopting such an ordinance. Chris Kniel echoed these notions, declaring that the city was inviting “enormous legal exposure.” Characterizing himself as a certified firearms instructor, Kniel opined that he’s “disappointed that the organized movements have descended on Orinda.”
City Manager Steve Salomon echoed many on the Council and in the audience when he emphasized that “the goal is to educate people on gun safety.” To that end, Police Chief Mark Nagel and Salomon are putting together a public safety campaign. Mayor Amy Worth and Chief Nagel got a head start on the campaign by speaking at the Miramonte Parents Education Night on Oct. 22 to answer questions and cover gun safety topics.
“Public safety is our highest priority,” said Mayor Worth at the Oct. 22 meeting. “Our Safe Storage Ordinance really began when several young mothers met with me, Chief Nagel and our city manager. They brought thoughtful, well researched ideas on gun safety, because they were concerned about their children’s safety. Actually, I’ve received more email on this subject than other things that come before the City Council.”
According to Chief Nagel, the Orinda Police Department offers programs to assist the community in practicing safe gun ownership, including free gun locks/cables that can prevent a gun from operating while under lock and key. A picture and explanation of the gun lock is available on the Orinda Police Department web page, www.cityoforinda.org/388/Gun-Safety. The department will also conduct home safety audits for residents to look at installed gun safes and the various methods homeowners use to store guns. “I prefer safes to gun locks so that the guns are out of sight, but you have to be sure that the safe is secured to a surface,” said Chief Nagel. The chief also noted that gun safes can be unlocked in seconds if needed.” To schedule a home safety audit, call the Orinda Police at 925-254-6820 or email mnagel@cityoforinda.org. 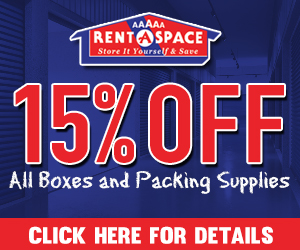 Candidates for the Moraga Orinda Fire District Give Their Views