For the past several years, an anonymous donor has sent contributions to the Orinda garden clubs to facilitate and support community garden projects. The Orinda Valley Garden Club wishes to publicly acknowledge these donations, and as a show of thanks, explain how this year’s contribution has benefitted the community. Orinda’s four elementary schools were the primary beneficiaries, each receiving a portion of the gift to be directed toward their individual on-campus gardens.
At Del Rey Elementary, Principal Kirsten Theurer said that, under the care of their garden coordinator, the added funds will be used to repair planter beds, as well as purchase more soil for the beds and bark for weed control. She expressed her appreciation for the unexpected donation, saying, “A big thank you to our anonymous donor for supporting school gardens! Our garden is a beautiful spot on campus, and well utilized by students as they engage with the environment.”
The contribution was a welcome surprise at Glorietta Elementary as well, particularly to Suzanne Havens Beckman, the Parents’ Club vice president of community relations. Reacting to the gift, she stated, “We so appreciated the donation from the Garden Club. Glorietta was able to use the funds to tackle several things that needed to be done in our garden: replace soil in our grade-level raised planters; have our weather station repaired and repainted; and replace a few plants in our habitat border that had died.”
At Wagner Ranch Elementary, school representatives expressed their thanks for the kind donation, and outlined a list of projects that could benefit from the increased funding. The list includes new garden beds with fresh soil, a display case near the garden entrance, a garden arch at the gate to the Wagner Ranch Nature Area, and additional native plants and mulch.
While at Sleepy Hollow Elementary, the anonymous gift provided financial support to a garden upgrade that was already underway. Parents’ Club President Dana Chiappone explains “The donation came in at the perfect time as Orinda Boy Scout JP Nelson completed his Eagle Scout project of reconstructing and re-plumbing a large portion of the outdoor garden classroom. The planter boxes are now ready for our eager young gardeners.”
The remaining funds were used by the Orinda Garden Club to spruce up planters in the downtown area on Orinda Action Day. The garden clubs, elementary schools and community at large all owe a debt of gratitude to the unnamed donor who has given so generously. 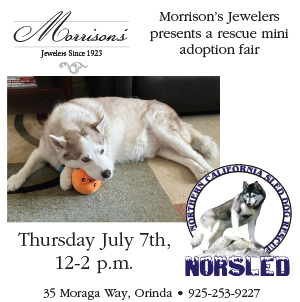