On Dec. 11, Inga Miller was sworn in as Orinda’s 35th mayor. The third generation Orindan served as a member of the Parks and Recreation Commission prior to running for the Orinda City Council in 2016. Miller becomes mayor during a transitional time with two new city council members starting their first terms as well. Dennis Fay and Nick Kosla took the seats vacated by Eve Phillips and Dean Orr.
Miller lists fire safety, downtown revitalization, reimbursement for the Miner Road sink hole and opening the Art and Garden Center in Wilder as top priorities.
“Fire safety and evacuation routes are in the forefront of everybody’s mind,” says Miller. “Fire Chief Winnacker has spearheaded various ways to make our neighborhoods fire safe, including evacuation drills to see what works and where the problems lie.”
Miller notes that drills held in Moraga Dec. 12 and Orinda Jan. 26 showed the importance of city and police involvement.
“The cities have to be very involved because it is the police who will be directing evacuations while the fire department fights the fire. It’s imperative that cities be knowledgeable and have a plan.”
Given the change in climate and the growing frequency of wildfires, Miller believes it’s even more important for residents to know how to keep their homes and neighborhoods as safe as possible. According to Miller, Chief Winnacker has a list of ways for residents to make their homes safer and lower their insurance rates at the same time.
Mayor Miller also expressed excitement with the ConnectOrinda campaign, which held its second town hall style meeting with residents Jan. 29. The workshop gave residents the opportunity to discuss and provide feedback on a list of potential projects to improve the downtown streetscape. A meeting to be scheduled for spring 2019 will provide detailed information on the projects the City Council has selected for inclusion in the Streetscape Master Plan. The Streetscape Master Plan touches on San Pablo Creek, but Mayor Miller hopes to work with residents and business owners to highlight this natural resource and make it a focal point for people coming downtown.
“The creek is this wonderful resource that was covered up many years ago,” Miller says. “Many residents don’t even know it’s there because it’s behind buildings. We need to research funding methods to restore this wonderful community treasure.”
Another priority the new mayor noted involved reimbursement for the Miner Road sink hole. When the emergency happened in early January, 2017, Orinda marshalled its resources to fix the Miner Road bridge as soon as possible. Although the city applied for FEMA and state help, the money has been slow in coming. “Luckily our insurer has lent us money. But that is a loan. We need to see the real money from the federal and state governments,” says Miller. Miller also noted that many residents anxiously await the opening of the Art and Garden Center in Wilder, which should take place in the spring. “We are a tiny city with a skeleton staff. The center has presented challenges and some retooling of our efforts, but it will be open soon and will be a fine addition to our city.”
As Miller begins her first term as mayor, she thanks City Manager Steve Salomon for his expertise and the many assets he brings to his job. “We’re so fortunate that he came as our interim city manager and then agreed to stay on,” says Miller. “He’s such a tremendous repository of knowledge and a great leader of our wonderful staff.”
Miller, who is the granddaughter of award-winning journalist/photographer Wayne Miller, is the sole practitioner of Miller Property Law. Originally in Orinda, the firm moved to San Francisco when Inga Miller became a city councilmember. “I wanted to work on downtown issues in Orinda and didn’t want a conflict of interests,” she explains.
The lawyer began her career as a journalist, first with her college newspaper at UC Santa Cruz before going on to the Fairfield Daily Republic, the Tri-Valley Herald (now folded into the East Bay Times) and the Modesto Bee. “I was in one of the last news bureaus that the now East Bay Times had. As the company was purchased and writers let go, I could see the writing on the wall and decided to go to law school.”
Miller did an internship at the law firm where her mother, Leslie Johnson, was a founding partner. Miller worked in litigation with another partner before transiting into her mother’s specialty: transactional law. After several years, Miller started her own firm in 2016. 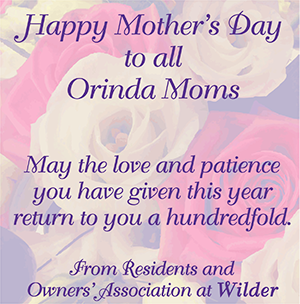