Although he wasn’t born until 1975, John Lloyd Young has made the teeny-bopper pop tunes of the ‘50s and ‘60s his own. His disciplined high tenor vocals shading into falsetto make him a natural for the song-style of that era when boy bands such as the Four Seasons were king.
The award-winning performer returns to the Orinda Theatre Feb. 16 as part of the Live at Orinda concert series. “John Lloyd Young: Jukebox Hero” celebrates the classic hits of rock ‘n’ roll, R&B and doo-wop using acoustic-style instruments rather than electric.
Along with tracks from Young’s debut album “My Turn,” the show features such songs as “Sherry,” “Can’t Take My Eyes Off of You,” and “In the Still of the Night.” According to Live at Orinda producer Derek Zemrak, the show also includes shades of Goodfellas, James Bond, spaghetti westerns, the Righteous Brothers, Paul McCartney and more.
“What a treat to have a world-renowned artist perform right here in Orinda. No driving through the tunnel, paying a bridge toll and $40 for parking,” says Zemrak. “John Lloyd performed at the first Live at the Orinda concert series to a sold-out audience in 2017 and we’re thrilled to have him back.”
Although Young appeared in numerous regional theater and off-Broadway shows, it was his portrayal of Frankie Vallie in Jersey Boys that catapulted him to stardom. The sought-after singer won both Tony and Grammy awards for his portrayal of Valli in the Broadway production of Jersey Boys, has performed songs from the show around the world, and reprised the role in Warner Brothers’ film adaptation.
The part of Valli, which would cement his reputation, didn’t come easily, however. He failed to land the part in the pre-Broadway run. It took several more auditions over the next year before he was asked to headline the show on Broadway.
Young has made his mark off stage as well. President Barack Obama appointed him to the President’s Committee on the Arts and Humanities. As such he, along with other noted artists, represented the United States on the first U.S. cultural mission to the Republic of Cuba. He resigned from the President’s Committee in August 2017.
Live at Orinda continues with versatile jazz/blues singer Natalie Douglas on March 15 and vocalist Chris Mann singing “From Gershwin to Gaga: Celebrating the Tony Bennett Songbook on April 5. The concert series ends with Broadway star Rebecca Luker on May 3. All concerts are at 5 p.m. at the Orinda Theatre.
As many concerts in the series sell out, advanced tickets are highly recommended. Go to www.OrindaMovies.com for more information and to purchase tickets. 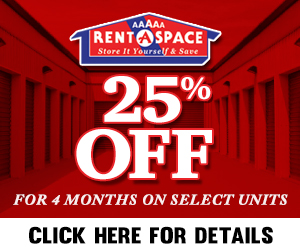