Orinda, shining brightly in the night sky marks the Orinda Theatre. Its marquee, an East Bay landmark, has lighted the way to Orinda’s Crossroads since 1941 when the theater first opened showing Texas with William Holden.
Closed because of the pandemic since March 16, the Orinda Theatre incurs on-going expenses for rent, utilities, etc. to the tune of $15,000 to $18,000 per month. Proprietor Derek Zemrak wonders how long the theater can survive.
In an attempt to save this well-known landmark, Zemrak is asking the community to donate through a GoFundMe campaign.  He says with 19,000 residents in Orinda, if each gave just $8.28, he could reach his goal of $165,000.  Happily, many fans have donated much more, one person, $10,000.So, he is on his way, having more than $109,000 donated as of Aug. 8.
Why care about a theater this much?  Zemrak explained, “It’s in a class by itself with its velvet seats, a huge curtain which is raised at the beginning of each showing, extensive murals from 1941, a starlight ceiling, and, of course, it’s iconic marquee. It’s classic Art Deco in its finest. In fact, it is listed on the National Register of Historic places in Contra Costa County.
This is not the first time Orindans have come to the rescue of the theater.  When it was scheduled for demolition in 1984, a group of citizens started “Friends of the Orinda Theatre” and raised money to save the iconic structure from becoming three mini-theaters inside a five-story retail/business structure. Laura Abrams was a member of the group. “My reason for getting involved was my love of the building, an historic site, clearly an Art Deco paradise,” she said.  “It would have been like destroying the history of the community. We were helped by the Berkeley Architectural Heritage Association. They took us under their wing. We gained nonprofit status, and they put us in touch with the law firm, McCucheon, Doyce, Brown and Enerson, which worked pro bono helping our financial situation.”
A lawsuit was brought by The Orinda Association (OA), which stated the approval to demolish the theater and build a mixed-use business/retail project violated the Orinda Area General Plan governing Contra Costa Planning approvals. Orinda was unincorporated at that time. On the other hand, The Friends of the Orinda Theatre’s lawsuit argued the demolition order did not follow Sequa law.  The Orinda Theatre had also been unanimously approved for a listing in the State Register and the National Register of Historic Places which gave it special consideration.  The State Supreme Court held for a stay of demolition and The Friends and the OA were successful on appeal. The battle took nine years but saved the theater and led to it being refurbished by a preservation architect to its original beauty.
“Of course, I’m behind Derek’s GoFundMe campaign,” said Abrams.  “Again, we need to save this building – a work of art, a community treasure.”
Orindans Marty and Rich Lewis echo Abrams’ sentiments. “It is our icon. Not only has it brought us the best Hollywood and foreign movies, it brings the community together every second Thursday with a free classic movie. The large theater is packed with people. What fun to see so many of our neighbors.  And then a perfect time to eat dinner out and support our restaurants.  Also, it beats fighting traffic to go elsewhere.  We love to attend movies there.”
Live concerts and other events take place from time to time.
“We have a plan for reopening when the time is right,” said Zemrak. “The safety of our staff is of paramount concern – and of our patrons. We’ll have disposable seat covers and hand sanitizer.  We’ll have to figure out how we can acceptably socially distance and still make a profit.  If limited to just 100 seats, we wouldn’t cover our cost. So that’s not a viable option. We ask the public to please help us during this difficult time. As our marquee reads, ‘We are the finest when we take care of each other. See you soon.’”
To donate to the theater’s GoFundMe account, go to www.gofundme.com/f/orinda-theatre. 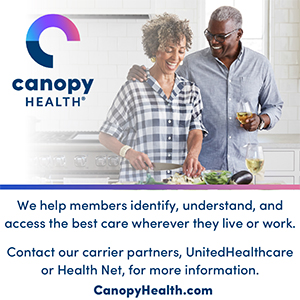 Now Playing in Orinda: What Will People Say