In my never ending attempts to keep this column lively, or at the very least, interesting, my main challenge is the never ending and seemingly unchanging news. All of our local theatres are still closed and many of the ancillary programs to keep them afloat have met with their own challenges. Brave ideas are brought to the fore. Some of them fail but others succeed, and it is those successes that I wish to emphasize here. So right off the bat I want to mention www.facebook.com/orindatheatre.
This is a never-ending source of news where the Orinda Theatre is concerned. It will keep you informed about all the streaming events, guest speakers and other cinema related events. Another success that I feel compelled to mention is every one of you. I have written about Derek Zemrak’s tireless call for funding, and I am glad to report that you have heeded the call. They now find themselves well on the way to achieving their monetary goal, and I would shake all of your hands in gratitude if I could. As it is, the best I can do is to entreat you to keep it going. Go to Cine Cuvée. Take advantage of the Friday popcorn and wine offers and maybe even stop by to pick up a rare piece of Hollywood history. It’s all for the good.
But let’s not forget some of the other options available to you. Never letting something like current events slow them down, the always searching duo, JoAlice Canterbury and Efi Lubliner, continue to bring you the very best in foreign cinema, now streaming in the comfort of your own home. Just go to internationalshowcase.org for their schedule.
And next, I wanted to introduce something I was recently made aware of. It’s all very well and good to seek out the best of what today’s talented film makers have to offer, but if you’ve ever wondered how they got started, you may want to check out lamorindaarts.org/supershorts/ for a possible answer. One of the more interesting aspects of the California Independent Film Festival is the Iron Film Maker challenge where aspiring writers, directors and actors had 24-hours to write, shoot and complete a short film. Now, with the festival on temporary hold, The Lamorinda Arts Council’s Supershorts contest provides a source for emerging artists to show you what they’ve got. True, these are really short little vignettes (two minutes, tops), but sometimes that’s all you need. Check it out.
So, now we come to the more free form section of this column. For the last month or so, when “reel” news was hard to come by, I have substituted this for recommendations of movies that you might enjoy. This month will be no exception, but I will be adding an observation, namely about critical reception, which also explains the title of this column.
It doesn’t happen all that often but every once in a while a movie will be released to horrible reviews that I don’t agree with. Now, in the interest of full disclosure, I am probably a far more liberal “critic” of film than most. If a film holds true to a narrative line, has performances that are not actors reading cue cards and has imagery that is decipherable, then there’s a more than even chance I’ll, at the very least, give credit where it’s due. If, like me, you visit Rotten Tomatoes (www.rottentomatoes.com) from time to time, you may occasionally come across a movie that gets a single digit rating. I would argue that such low ratings are unjustified. (Using the above criterion, I feel that the lowest score a movie should deserve, on average, is 20%.)
One such movie is The Lone Ranger, the latest one that came out in 2013 with Armie Hammer and Johnny Depp. The reviews were so bad on this one I couldn’t even find it on Rotten Tomatoes and had to go to Metacritic (www.metacritic.com) for their rating, which stands at 37. This low score is totally unjustified, and I’ll gladly tell you why you should give this film a chance. Not only is it a rousing adventure and not only is it a film made by most of the same team that made the first three Pirates of the Caribbean films, but it also possesses a very pronounced social conscience that I believe needs attention, especially nowadays. It does not sugar coat our history, but it does make it as palatable as something like this can be with truly impressive production values and, if you know where to look, plenty of references to past Western classics. Indeed, I can’t think of a film that covers as many bases as this one does. It is, in equal measure, wistful, respectful, exciting, heart-breaking, funny and thoughtful, with just a touch of surrealism. It also takes its time and does not rush through things, making it all the better to absorb some of the important messages. I would like to think that, if you surrender to it and really watch it, you might wonder, like I did, just why it got as many scathing reviews as it did.
I leave you now until next month. Hopefully, I’ll have more “reel” news then, and I certainly will have more recommendations. In the meantime, always go towards those wonderful flickering images made of light, for that’s where the reel magic lies. 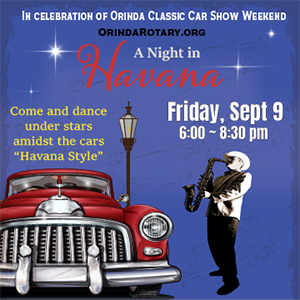