The Orinda Theater’s International Film Showcase (IFS) features the 2021 Maltese film Luzzu. The IFS frequently features films that have a great deal of realistic social relevance, epitomized by works of Vittorio De Sica (Bicycle Thieves) and others from the neorealism school of film.
Showing in detail the life and travails of being a fisherman, the main character of Luzzu is, in real life, just that. A Luzzu is a traditional fishing boat from the Maltese Islands. As challenging as that profession is for the protagonist, circumstances are not helped by poor yields and, worse yet, predatory competitors who force our lead to make some very difficult ethical choices while providing for a new baby. It will premiere at the Orinda Theatre, Oct. 15.
The day after the Chiller Diller Theatre continues its tradition of showing movies of questionable merit, but this month’s selection raises the bar considerably. When Theatre of Blood was released in 1973, Vincent Price was undergoing a revival of sorts, having starred in two notable horror films the two years previous. Both The Abominable Dr. Phibes and its sequel Dr. Phibes Rises Again were unique insofar as they were notable for their heightened production quality and outright surrealism.
Regretfully, the story arc those two movies told had come to an end, making the idea of another sequel unlikely. This did not mean the world was done with Mr. Price, nor the desire for horror films like the  Phibes films. All three films have revenge as their primary theme while featuring imaginative ways to dispatch their characters. Here, Mr. Price plays a frustrated Shakespearian actor who had never been treated kindly by the critics, and he spends the film making sure his displeasure is known.
Donning a variety of disguises and characters, he picks off these critics one by one, aided by his daughter, played by the legendary Diana Rigg, herself no stranger to oddball roles from the British TV series The Avengers to her more recent turn on Game of Thrones. This is a film well worth staying up past your bedtime for. It will be screening at the Orinda Theatre, Oct. 16 at 9:30 p.m.
And lastly, we have a truly special event brought to you by the East Bay Children’s Theatre (EBCT). It should be news to no one that the venues, places and companies that depend on live social, personal interactions have become almost irrevocably threatened. Gone, or at the very best curtailed, are the days when one could comfortably sit in a room with others and enjoy a concert, sporting event, movie or a live theatrical show. Only of late has innovation, borne from desperation and financial realities, come to the fore, which brings us to Once Upon A Timestep.
Simply put, this is a filmic recording of some of the best that the EBCT has to offer. Song and dance numbers, written by composer/lyricist Ron Lytle, from some of their past shows have been given immortal celluloid life and will, after its premier, “go on the road” to be shown to school children who may not have the opportunity to see this deep well of talent in person.
Afterwards, the audience will have the opportunity to interact safely with many of the performers from the film. Costumes are encouraged. This is definitely the event of the month, good for the whole family, and will help the East Bay Children’s Theater to boot. It takes place at the Orinda Theatre, Oct. 17, starting at 2 p.m. Due to event’s anticipated popularity, I’d encourage you to purchase tickets as soon as possible. For more info, please go to orindamovies.com or ebctonline.org.
I encourage you, as always, to find yourself drawn to those wonderful images made of sound and light for that’s where the reel magic lies. 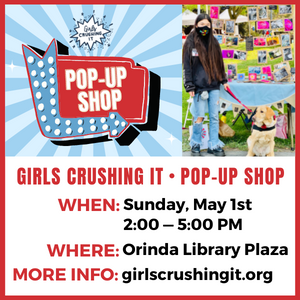