With “Keep on Truckin’” as the theme, Orinda looks forward to its 4th of July parade beginning at 10 a.m. in Orinda’s Theatre District. It continues under the freeway, culminating at the Orinda Community Center.
Sally Hogarty, co-chair of the event said, “I’m impressed with the Orinda Association’s commitment to this popular event – which began in 1985 – and with the incredible local residents who volunteer their time and talents to make it a reality.”
All families, schools, clubs and other organizations are encouraged to march in the parade. Complete information and application can be found at orindaassociation.org/4th-of-july-parade.
Co-chair Marianne Moser is excited about this community event.
“It takes a village, and I am proud to be part of one where neighbors from all walks of life come together in an annual tradition that celebrates our highest ideals,” she said. “The parade is run entirely by volunteers. We currently have about 20, but we hope to fill about 20 more positions. It is incredibly fulfilling to work on the parade.”
To volunteer, call 925.254.0800 or email 4thofjuly@orindaassociation.org.
Favorite bands have returned to be in the parade, including the Concord Blue Devils C Corp, St. Gabriel’s Celestial Brass Band, MJ Brass Boppers and the ever-popular Orinda All-Volunteer Marching Band. Amazing stilt walkers will also entertain the crowd.
The 4th of July celebration begins with Lamorinda Sunrise Rotary’s pancake breakfast at 7:30 a.m., followed by raising our country’s flag at 7:55 a.m. in front of the Orinda Community Center, 28 Orinda Way. At 8 a.m. it’s the Fun Run for a Reason, a two or five mile walk/run. See sudc.org/wesley for details.
The beautiful new mural on the south side of the Orinda Library will be dedicated at 8:45 a.m. at the entrance to the library parking lot, 26 Orinda Way. Following the dedication, the Friends of the Orinda Library book sale begins at 9 a.m. with the parade starting at 10 a.m. on the Theatre side.
While attendees await the parade to make it to the Village side, they have the mellow sounds of the Lewiston Jazz Band to keep them entertained.
Following the parade at 11:30 a.m., 3 Day Weekend performs a concert in the Community Center Park, featuring classic rock, funk and Motown sounds. Moser, invites everyone to bring a picnic lunch and join together with fellow Lamorindans.
The Orinda Association thanks the City of Orinda, Mechanics Bank, the Tish and Steve Harwood family, OPR Foundation, the Janet and Norm Pease family, Republic Services, Chevron, Marjory Graue and Martin Bloes, and Village Associates, for their generous contributions, which make Orinda’s 4th of July celebration possible.
“Whether marching in the parade, watching along the parade route, enjoying a great pancake breakfast or grooving to the music in the park,” Hogarty says, “Orinda is the place to be this 4th of  July.” 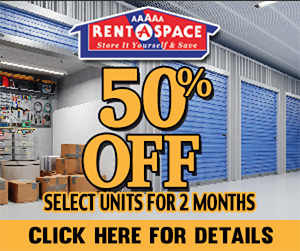