Danny Scheie, a favorite of California Shakespeare Theater audiences, will star in The War of the Roses, adapted from the historical tetralogy covering the lives of Henry VI and Richard III, directed by Artistic Director Eric Ting, running Aug. 22 – Sept. 15 at the Bruns Amphitheater in Orinda.

The War of the Roses is a fast-paced drama, spanning four of Shakespeare’s histories – the Henry VI trilogy and Richard III.  It is the story of two powerful families, the Houses of Lancaster and York, and their decades-long fight for the throne, a dark period in British history also known as the Hundred Years’ War.
Scheie’s reputation at Cal Shakes has been principally in playing comic roles. He wrote his U.C. Berkeley dissertation on Shakespearean comedy and has performed in over 20 Cal Shakes productions. “I have been such a lucky actor to get a whack at the great “clown” roles in the Shakespeare canon here in Orinda, including Bottom, Dogberry, Feste, Puck,” said Scheie, who describes the dramatic role of Richard III as “probably the largest role I have played.”
Scheie notes, “The character couldn’t be more timely: an insecure privileged psychopath who sees himself as a victim and a genius con-artist who has a ruthless lust for power for its own sake and a violent suppression of empathy.”
According to Ting, more than a decade has passed since Cal Shakes produced a history play (which traditionally is not as well attended as other Shakespearean plays.)  Ting and his artistic staff pondered, “What would it take to make a history play of Shakespeare a must-see event?”
As Ting explored possible projects with Scheie, he contemplated an “amazing signature project” for the actor.  Ting said that the company often turns to Scheie for comedy. “Great comic actors are master thespians. They master timing. They master tempo. They master texts, physicality –they have such immense control,” enthuses Ting. Scheie’s ability to incorporate those skills into dramatic roles gave him an idea and he approached the actor about The War of the Roses.
“It was clear that Richard III was a character that excited him, and the idea that Richard was a challenge for him excited me.”
Ting discussed the adaption with the company’s resident dramaturg, Philippa Kelly, providing an arc of the tetralogy, beginning with the death of Henry V and moving through the reign of Richard III.   By adapting the individual plays, The War of the Roses offers context for the stories and characters in the Shakespeare works which are often performed separately,” notes Ting. “What we’re trying to do is to create an event that really delivers a richer, more nuanced, more complex understanding of Richard III.”
The historical tetralogy is the foundation for Game of Thrones, Ting claims, professing many parallels between Shakespeare’s characters and story and the popular HBO series: “Anyone who loves that kind of story will love The War of the Roses. The play is larger than life, filled with much intrigue and humanity and all of its flaws. It’s political intrigue. It’s epic; it’s a love story with a trail of betrayal; it’s war. This piece will be one of the most ambitious evenings of Shakespeare ever seen at the Bruns Amphitheater.”
Ting, who will incorporate live music into the production, describes his cast as a “top notch company of actors.” The cast includes Liam Vincent, Lance Gardner, Aysan Celik, Josh Pollack, Aldo Billingslea,  Jomar Tagatac and Stacy Ross
Cal Shakes will host a variety of events associated with its performances of The War of the Roses. These include: First Look Rehearsal (Aug. 18, 6 p.m.), Opening Night Post Show Party (Aug. 25), Meet the Artists Matinee (Aug. 26, 3 p.m.), Open-captioned Performance (Aug. 29. 7:30 p.m.), InSight Matinee (Sept. 2, 3 p.m.), Saturday Matinee (Sept. 15, 2 p.m.) and Grove Talks (held 45 minutes prior to every curtain).
Note that showtimes for The War of the Roses are earlier than other Cal Shakes shows in this season.  Shows are Aug. 22 – Sept. 15 at Bruns Memorial Amphitheatre, Tuesdays through Thursdays at 7 p.m., Fridays and Saturdays at 7 p.m., and Sundays at 3 p.m.  As noted, there will be a Saturday matinee on Sept. 15 at 2 p.m. The Bruns Amphitheater is located at 100 California Shakespeare Theater Way, Orinda. The grounds open two hours before curtain, and the theater offers free shuttle service from the Orinda BART station. (beginning 90 minutes prior to curtain) as well as free onsite parking.  For more information or to charge tickets (ranging from $20-$92) by phone, call the Cal Shakes Box Office at 510.548.9666. Additional information and online ticketing are available at http://www.calshakes.org. 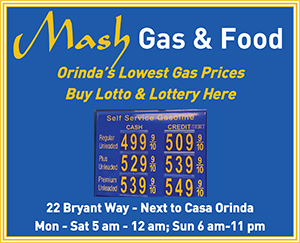 Summer of Music, Dancing, Theater in Store at Bruns