Over the past 15 years, Emily Justice said she was working her way out of a job.
A tobacco-use educator with the Contra Costa County Office of Education, Justice said cigarette use among school children had declined so significantly that she wondered if her work was done. But then came nicotine-laced vaping pens.
Now, school officials say, they are seeing an alarming spike in use of tobacco – and nicotine addiction – in teens unlike they’ve seen in more than a decade. Among 7th-graders in local schools, one percent report they had vaped over the past 30 days while eight percent of 9th-graders said they had. But among 11th-graders in the Acalanes Union School District, the number soars to 25 percent, according to data collected by the California Department of Education.
The biggest fear is that children are vaping at an increasingly younger age and at a time when their brains are developing.
“Kids don’t realize they are becoming addicted,” says Julie Parks, principal of Miramonte High School. “Lots of kids see this as a better alternative to taking other drugs or getting drunk.”
School officials are battling the trend through a campaign to educate students and parents about the dangers of vaping. Last month, the Orinda Union School District joined forces with Acalanes, Lafayette and Moraga districts to hold an interactive discussion on the topic. The event, attended by about 90 people, included school administrators, parents and students.
“We need to face this together,” David Schrag, Orinda’s director of curriculum and instruction, told the crowd.
Educators say what worries them most is the rate at which nicotine use is growing. They, like the Food and Drug Administration, are calling it an epidemic and place the blame directly on vaping pens. Nicotine levels in the most popular refillable pods contained in the pens are the equivalent to a pack of cigarettes while another brand contains the same amount as three packs, says Justice. Yet many kids think it is just flavoring.
Vaping retailers advertise their products as an easy way to quit smoking and refer to the contents as “juice.” Those kinds of claims, intense advertising, and more than 15,000 flavors with harmless names like Mango Freeze and Crazy Raspberry, are pulling kids in.
Vaping pens are noncombustible, emit an aerosol cloud and release a smell based on the flavor. As a result, it’s easy for kids to vape at school and even in classrooms if the teacher is not looking, educators say.
Even though the legal age to vape is 21, the product is easily available online and in stores. Justice says that she counted more than 50 places to buy the products within seven miles of Miramonte High School.
In addition to starting a public dialogue on the topic, educators have incorporated it into curriculum, and they have set policies. At Miramonte, for example, students are not automatically expelled for vaping. The high school prefers intervention, counseling and working with parents, says Parks.
High school students who participated in last month’s public forum said it is shocking the rate at which students are vaping, and at increasingly younger ages. Kids are vaping in classrooms, around campus, at home and at weekend parties, they say.
One of the draws of vaping, the students say, is the short-term rush; it is preferred to the long-term high of other drugs. And they dispel the idea that peer pressure is the cause. It’s just something to do, they say. The students say authorities need to do a better job of educating kids at a younger age about the health risks.

Educators’ Tips for Parents
• Get credible information about vaping devices, the health risks and the marketplace.
• Be patient and listen to your child.
• Open a dialogue with your child and avoid criticism.
• Set a positive example. 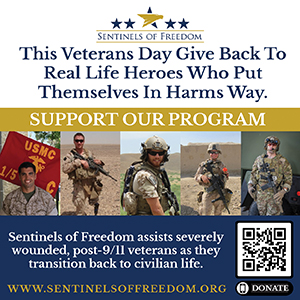