The photos of white ball gowns, complete with pomp and circumstance at the Ritz-Carlton San Francisco, don’t tell the entire story of modern-day debutantes.
The 62nd Annual Winter Ball, organized by Hill Branch and benefitting UCSF Benioff Children’s Hospital Oakland, introduced Orindans Andrea Libby and Lauren McAninch not only to society, “but more so to forging the foundation of philanthropy and specifically Children’s Hospital Oakland,” said event co-chair Sydney Proctor.
Joining Libby and McAninch were Sarah Bone, Margaret Faust, Elizabeth Hosler, Anna Lockhart, Lauren Murphy, Caroline Strauch, Chloe Tjogas and Lauren Young from Alameda, Lafayette, Oakland and Piedmont. The 10 young women, dressed in white floor-length evening gowns, were presented to guests at the Dec. 21 gala event.
“The ball is a celebration for the whole year of work, most of which is unglamorous,” said co-chair Carol Ann Barber of Orinda. “The fancy parties, which were a hallmark of past Hill Branch debutante scenes, have been replaced by more casual outings.”
The 2019 debutantes participated in a SoulCycle class, hospital tour, working at the 40th Annual Neo-Natal Intensive Care Unit (NICU) Reunion Picnic and making tiny tie-dye shirts for babies in the NICU.
During holiday breaks from colleges and universities around the country, they made and served breakfast for 25 parents staying at Family House, a low-cost home away from home available to qualifying families who live 70 miles or more from the  hospital.
Barber, whose daughter Kate was a Hill Branch debutante in 2015, said she “loves the tradition of the Winter Ball as it makes for a magical evening. These are the types of young women involved in our ball; future movers and shakers all interested in creating a better world,” she said.
Libby, whose mother and grandmother were Hill Branch debutantes, knew about the Winter Ball and its legacy. “I wanted to honor my mother, my grandma, who died in 2010, and my great-grandfather who was financially involved with the building of the hospital,” said Libby. “It was so much more than I thought it would be.”
Founded in 1914, Hill Branch is the oldest chapter of the Children’s Hospital Branches, Inc. and has engaged in fundraising and philanthropic outreach for the hospital from the outset. Since the first Winter Ball in 1958, it has raised more than $6 million for “vitally needed services, facilities and equipment,” according to Barber.
This year, Hill Branch will purchase a Micro Transesophageal Echocardiograph, which allows the surgeon to see a tiny baby’s heart with no more than an inserted needle.
Founded by nurse Bertha Wright and Mabel Weed, Children’s Hospital Oakland began in 1912 as the Baby Hospital with 30 beds. It was funded by a bevy of women who created the fundraising branches.
At the time, women and children had one of the highest mortality rates. Wright began teaching women about their pregnancy and childbirth, which resulted in healthier mothers and babies. She pioneered a birthing experience which cost about 25 percent less than the standard midwife.
“Children’s Hospital Oakland was always cutting edge,” said Proctor. “There were female physicians on staff in 1922, and for perspective, Harvard Medical School didn’t admit women until 1945. Children’s Hospital Oakland was one of the first hospitals on the West Coast to have an African American doctor on staff.
“They treated children less than five years of age regardless of ability to pay, race or religion. If your child was sick, they would be seen,” she said.
The NICU continues to treat the sick. Sometimes the very sick.
“Touring the NICU was extremely touching,” said Libby. “The babies were so small and fragile and there was so much equipment to save their lives. My heart was full.” 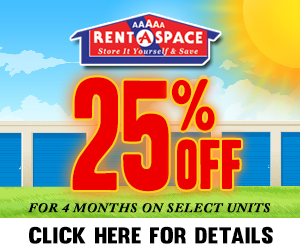