“Unwrapping the Riddle: Understanding the Russian Enigma” is the provocative title of Larry Lamborn’s First Friday Forum presentation on Jan. 6 at 10 a.m., via Zoom with registration required.
Lamborn said Russia is a paradox, even to many Russians.
“It is ‘in’ Europe, but not ‘of’ Europe,” Lamborn explained. “Russia has influenced Europe for centuries but was totally cut-off from Europe and subjected to Asiatic rule. Some Russians embrace European ideas and values, while others with equal force, reject anything foreign as ‘un-Russian.’”
Visitors, such as the Marquis de Custine (1839) and Andre Gide (1936), have come away mystified by what they heard and were shown in the Russia of their day.
“We will search the historical roots of Russian political tradition, discovering the legacy of past centuries, which still exert influence over current Russian policy,” said Lamborn. “We will look into the distinctive nationality of Ukraine, and we will try to comprehend Vladimir Putin’s vision for Russia.”
Lamborn, a retired U.S. Army Reserve Colonel, served as a CIA Senior Operations Officer with more than 40 years of service to the American people. Duty assignments included Vietnam, Korea, Iraq, Afghanistan, El Salvador and many other Third World “hot spots.”
A specialist in insurgency and revolutionary warfare, Lamborn is the author of many books. His latest book, titled “Invisible,” focuses on covert Russian and Chinese efforts to use social media to spread disinformation with the intent to divide Americans and discredit U.S. Constitutional procedures.
Lamborn, who holds a BA in History from Washington University (St. Louis) and an MA in Chinese Studies from the University of Washington (Seattle), is an air war college graduate. A life member of the American Legion and a Past Commander, he has served his neighbors in various capacities and presently has turned his attention to addressing the problem of homelessness in San Antonio.
Registration at lopc.org/first-friday-forum is required to receive a confirmation email containing information about attending this free webinar. 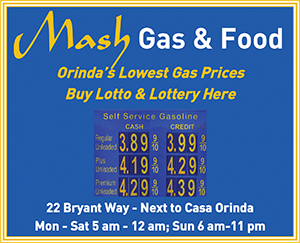 There’s Magic in the Air for this Year’s Three Quarter Century...