On Nov. 21, 2021, the 2013 Boys Lunar Team of the East Bay Eclipse Soccer Club beat the Peninsula Cyclones White of Santa Clara and became the 2021 CCSL (California Competitive Soccer League) league champions for their division.
The 3-1 victory capped an extraordinary and undefeated 10-game season for the Club.
The Lunar Team, made up of eight-year-old boys from Orinda, Moraga and Lafayette, clinched the league title the day before by defeating the Lamorinda Football Club 14 Navy, 5-2.
“It was great to see the commitment of our boys finishing the season so strong. You could see in the boys’ faces after the game what this season meant to them,” said Ellie McGinley of Orinda.
McGinley added, “From the very beginning, it felt like we were always saying how lucky we were to have the best of everything – best dedicated group of boys, best coaches any team could ask for with Kevin McClure, Michael Chaffin and Keith Klohn, best team manager there ever was with Kevin Desai and best active group of parents – the list just goes on.”
Parent Chinh Vo of Orinda, couldn’t get over the kids’ drive during workouts.
“Forget the games – the energy level at practices was incredible,” said Vo. “The coaching was so good that I actually sent video clips of certain drills these coaches had my eight-year-old doing to my 12-year-olds’ soccer team.”
Team manager Desai of Orinda, said the young athletes enjoyed growing as a team and improving as soccer players.
“What stood out about this group more than anything is that they love to compete,” said Desai. “They were a joy to watch. I could not be more proud.”
During a team celebration after the boys were also crowned champions of the San Ramon Boo Cup Soccer Tournament – which is a U.S. Club Soccer-sanctioned tournament with accepted player passes – Coach McClure of Orinda, made a statement to the crowd: “We had a special group of boys from the start. They just kept getting better as the season progressed.”
The Lunar Team went undefeated in league play, scoring 61 goals while only giving up six goals to the 10 opposing teams.
The team’s season record included the following game results: Lunar v. Belmont United Roma (8-0); Lunar v. Belmont United Milan (7-0); Lunar v. Alpine Strikers (8-2); Lunar v. Eclipse Solar (7-0); Lunar v. Belmont United Inter (6-0); Lunar v. Madera Roja Chelsea (2-0); Lunar v. Peninsula Cyclones Red (9-0); Lunar v. Fremont Rush (6-1); Lunar v. Lamorinda Navy (5-2); and Lunar v. Peninsula Cyclones White (3-1).

Neil Bui can be reached at neil_bui@yahoo.com. 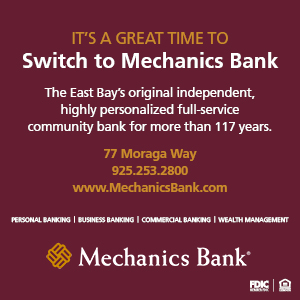